The market is full of a wide variety of drinks that suit every taste buds. From child-friendly beverages to strictly for adults only, you can get a sip of your favorite drink no matter the occasion. But there will be likely more reasons for you to indulge in more drinking once this new cannabis-infused drink becomes available to the public. We all know how popular cannabis has become over the years as more US states and countries outside America legalize the use of cannabis (mostly medical but some are recreational) and as such, has introduced countless products that are made of marijuana in more ways than you can imagine.

Fittingly, the market for water pipes (bongs in the vernacular of the smoker) has grown markedly, attempting to capitalize on a wide variety of new both legal and medical smokers. Sales are growing quickly, says Marcia Ralston, who works with an online headshop which offers these glass pipes in a variety of shapes and sizes. 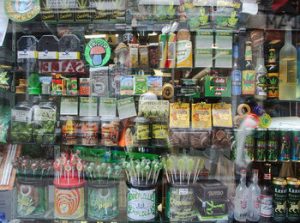 Meanwhile recently, the owner of the beer company, Corona, known as Constellation Brands ties up with the Canadian Cannabis seller, Canopy Growth Corp. to give a new kick to old-fashioned alcohol. The sales of alcoholic drinks have gradually gone down but the demand for cannabis is just picking up. It can offer a whole new world of possibilities for both companies to not only boost sales but offer a new way of getting your cannabis fix that is something many people are accustomed to. Loyal cannabis users are growing in numbers each year and it is one market worth investing in early on to reap the most (financial) rewards.

Alcohol giant Constellation Brands is making a foray into marijuana, a precedent-setting move for an industry that has mostly stayed on the sidelines during the cannabis boom.

Constellation will pay about $191 million (C$245 million) for a 9.9 percent stake in Canopy Growth Corp., a Canadian seller of medicinal-marijuana products. The deal kicked off the biggest rally in nearly a year for Canopy, which trades on the Toronto Stock Exchange under the ticker WEED.

The legalization of marijuana in Canada and a growing number of U.S. states is opening up a huge potential market — just as demand for alcohol is slowing. Still, pot remains prohibited at the U.S. federal level, meaning American companies have to tread carefully.

They may have limitations, though, as marijuana is not legal in all places especially in America, so the companies have to do their research first and only market this new line of beverage to places that not only have a positive reception and a demand for cannabis-infused drinks but where it is also safe to do business that is related to weed. So, they would likely be focusing on the Canadian market first and take it from there. Unlike other companies that only join in on the bandwagon when the market is almost saturated with competition, this two decided to start the trend and take the associated risks as well.

However, Constellation may soon sell the marijuana drink product in Canada, where legalization of edible and drinkable cannabis products is expected by 2019.

The move comes amid signs that suggest some consumers are reducing alcohol usage in favor of cannabis.

“We believe alcohol could be under pressure for the next decade,” Cowen analysts led by Viven Azer wrote in an April note. “Consumer survey work suggests [about] 80% of consumers reduce their alcohol consumption with cannabis in the mix.”

Expect to have that sip of beer with a kick of marijuana in it in the coming years as preparations are now underway. Alcoholic drinks sell on their own most of the time and with the added kick cannabis offers those who are curious to find out what it’s like to drink alcohol that is infused with cannabis, sales may even go up and establish an entirely new market of its own. Constellation can see the big picture now and is willing to bet their 200-million in this entirely new concept. This new beverage will likely be marketed as a recreational cannabis fix rather than for medical use given the nature of the business but we can expect to hear more news about unconventional ways of getting marijuana as the world opens up more and more about it each day.