We have witnessed our fair share of radical events in our lifetime. We’d like to think that violence of global scale has no room in our present modern world anymore and they’re all but a part of our horrific past but we are badly mistaken. In different parts of the globe, wars and senseless violence define a population’s way of life. Even in highly progressive nations like America and Europe, religious extremism has already invaded them and the casualties list just keeps on growing as we can never really tell when and where the next attack will happen. Even on the web, we can see various posts that pertain to extremism. After all, we have heard from somewhere that these extremist militants recruit new members online and that is how they communicate with one another wherever in the world they may be. 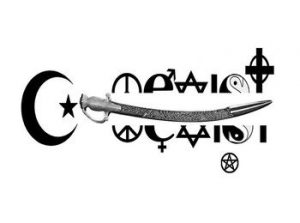 Indeed, the world remains to be a scary place despite all the tech advancements we are now enjoying. Initiatives to curb the access of these extremists to the web so they can no longer get in touch with people and share their radical views on life and just everything else on the planet. Social media and the Internet is open to everyone but it can be abused too, which also explains how terrorists are able to coordinate with one another from all over the world and why we have been seeing more coordinated attacks over the years. If their access to the web is limited and they can no longer post videos of their terror attacks, how they torture prisoners, or them preaching their twisted beliefs in order to recruit new terrorists in the making.

Four foreign publications that contain “undesirable and harmful teachings” have been prohibited in Singapore, announced the Ministry of Communications and Information (MCI) on Monday (Oct 30).

Published between 2011 and 2016, the materials contain ideas that can “cause social distancing, distrust, hatred and even violence among people of different faiths and religious views”, said MCI.

“Such teachings and ideologies are detrimental to the peace and harmony of multi-cultural, multi-religious Singapore.

“The Singapore Government has zero tolerance for individuals or publications which aim to encourage hostility or violence among different religious groups, and has therefore decided to prohibit these publications,” added MCI in a media release.

It makes perfect sense why foreign publications should be banned if they help spread terroristic ideologies that can influence others to support them and wreak havoc to mankind. Religion has long since been a cause of conflict among people even if it shouldn’t be but we can no longer change that. However, fanning the fire of our religious differences is something unacceptable especially now that we can see acts of terror killing many people for the most insane of reasons.

As governmental pressure mounts on social media companies to rid their platforms of terrorist content, initial AI methods are producing results; though we know not how.

YouTube recently pointed proudly to an 83% success rate in their new approach to removing “extremist” content, a method developed by training an AI engine which flags content to be reviewed by a team of human monitors.

The results sound strong, but between their AI approach and their desire to retain proprietary knowledge the definition of “extremist” remains within.

The statistics are timely, only recently the EU threatened tech companies with legal repercussions should their platforms fail to remove hate speech quickly.

Now that more people are becoming aware how terrorists are using social media platforms in spreading hate and recruiting neophyte terrorists, efforts to stop them from doing so are being done. Most of the time it is the platform themselves that are doing it as they are also being pressured by the government and private organizations and individuals to make it harder for terrorists to get in touch with one another and prevent them from brainwashing others to join their (ludicrous) cause.

Youtube is one of their favorites because it is easy to use and has the widest reach but fortunately, the company is already addressing this issue and the number of hate and terror-related videos has significantly gone down after appropriate measures have been put in place.