We have witnessed our fair share of radical events in our lifetime. We’d like to think that violence of global scale has no room in our present modern world anymore and they’re all but a part of our horrific past but we are badly mistaken. In different parts of the globe, wars and senseless violence define a population’s way of life. Even in highly progressive nations like America and Europe, religious extremism has already invaded them and the casualties list just keeps on growing as we can never really tell when and where the next attack will happen. Even on the web, we can see various posts that pertain to extremism. After all, we have heard from somewhere that these extremist militants recruit new members online and that is how they communicate with one another wherever in the world they may be.

Indeed, the world remains to be a scary place despite all the tech advancements we are now enjoying. Initiatives to curb the access of these extremists to the web so they can no longer get in touch with people and share their radical views on life and just everything else on the planet. Social media and the Internet … 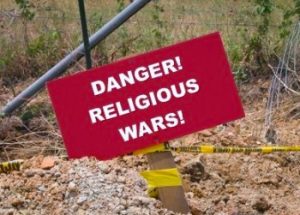