For the longest time, humans have been known to be omnivores. It means we eat both plant and meat-based food. Our natural anatomy supports this diet as evidenced by the way our teeth are made up. We have teeth for tearing, chewing, and grinding whatever we put inside our mouths. But as our intellect improved and we became the modern humans that we are today, there are other factors that must be taken into consideration when it comes to eating. Religion and giving value to the life of animals are just among those things that change a person’s diet. There are certain religions that do not allow the eating of pork like Islam, for instance. Now, vegans and vegetarians are strong advocates of avoiding meat products and a growing number of people are supporting this now. 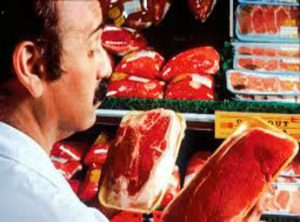 Now, are these causes enough to urge you to give up meat altogether? We need meat in our diet for various reasons. There are certain nutrients that are only found in meat that promotes good health. If you entirely give up eating meat, you might miss out on these nutrients and develop a nutrient-deficiency and get sick over time. Yet, it is also worth noting the arguments of people who support the life of animals and advocate for a different way of life starting with the food you eat. After all, millions of animals are bred and killed for the purpose of feeding humans, in general.

The experience changed 15-year-old Runkle, inspiring him to start Mercy for Animals, a nonprofit fighting to protect farmed animals around the world. Nearly two decades later, MFA has worked to reduce their suffering through corporate lobbying and legislation, and Runkle continues to speak out against animal cruelty from factory farms to classrooms and courtrooms. His goals are twofold: to convince fast-food giants that animals are more important than their bottom line and to encourage the world to stop eating meat.

Runkle’s advocacy training began when he volunteered for PETA, protesting to save animals of all kinds. When he started MFA, he chose to focus on farm animals for one major reason: “Of all the animals that are mistreated at the hands of humans, well over 90 percent are used for food,” Runkle says.

Not everyone is thrilled at the thought of giving up that huge chunk of meat that makes a world of difference to their meals each day. Yet advocates point out that there are other food alternatives where you can get the same nutrients you get from animals from healthier food options like tofu. Although not as palatable as meat, they do serve its purpose of nourishing your body without having to eat any animal that died just for the sheer purpose of satiating your hunger. Animal factory farms do not necessarily have the best conditions for animals and it’s what these advocates want to put a stop to.

Sevilla pointed out the forms of cruelty animals such as cows, pigs, and chickens endure inside slaughterhouses: “filthy” cages and enclosures, un-anesthetized surgical procedures, and their eventual slaughter.

Sevilla added that going vegan — where one eliminates animal meat and byproducts such as eggs, milk, and honey from his or her diet — was “very simple.”

It’s so simple, in fact, that even those with little budget will find this alternative diet “penny-wise,” or rather “peso-wise.”

“A kilo of vegetables is always cheaper than a kilo of beef or a kilo of pork. So it’s really not fair to say that vegan food is expensive, or more expensive than a meat diet, than any meat,” Sevilla said.

Aside from the mere thought of eating another live being, there are more reasons why people switch from eating a typical diet to one that is devoid of mean and perhaps as well as its by-products. In some parts of the world, slaughterhouses or places where cows or pigs are butchered are often filthy and definitely unsanitary. The animals die mercilessly under these inhumane conditions. The filth may also be contributory to why people get sick or acquire food-borne diseases.

Whether some of the reasons cited are enough to stop you from taking that big bite of meat done just the way you like it, it’s up to you. Nobody can really force you to live differently if you don’t want to do so. It’s enough that you are aware of your actions and made the conscious choice to do as you wish.