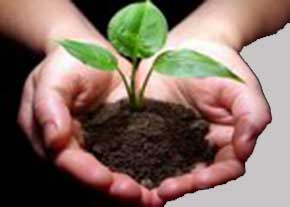 Sadly, it wasn’t her last. Brodie was happily married and living in Robbins, IL, a suburb of Chicago, when tragedy struck. In 1966, her husband died from the complications of a heart attack. Several years later, lupus was diagnosed in her 13-year-old daughter, who, at the age of 19, died, leaving Brodie with no family. “I was so out of it, I didn’t even want to live,” she says.

Brodie turned to the only thing she had left: her Christian faith. “I prayed and said, `God, I will follow whatever direction you give me.'”

Within weeks came a knock at the door. A small band of neighbors implored her to run for city clerk of Robbins, one of the nation’s poorest communities. A well-educated woman, Brodie knew about the city’s dire financial straits, but she was a greenhorn when it came to politics. Convinced by her neighbors that being a novice could be an asset, she accepted the challenge and won the election. After a 12-year stint as clerk, Brodie, a natural consensus-builder, ran for mayor in 1989, an office she has held ever since. Her tenacity has brought new tax-generating business to Robins, pulling it back from the brink of bankruptcy.

Resilient people, experts say, believe they have the ability to solve their problems. Or, as Brooks says, “They focus on the aspect of a situation that is within their control.”

Jill Bartow, now 41, drew on the skills she had honed as a high school track star when her health nearly collapsed. She was living in southern California with her 12-year-old son (her husband, a pilot in the Marine Corps, was stationed overseas) when she started feeling unbearably tired. At first she blamed the fatigue on raising a son virtually alone, but after she started bleeding from the ears, nose, and mouth, it was obvious that the problem was more ominous.

After learning she had biliary cirrhosis of the liver, Bartow moved back to her home state of Hawaii to be near her parents. “I was shocked that I could get this sick because I’d been so healthy all my life,” says Bartow, who had attended the University of Southern California on a track scholarship. (The record she set when she won the 1975 state title in the 400-yard dash remainded unbroken for 23 years.) When her condition worsened dramatically, she returned to California for a liver transplant. Two years later, she suffered the cruelest blow of all when her body rejected the liver. “I felt I had let everyone down, especially the donor,” she says.

Overcome by the stress of it all, her husband left her–“on Valentine’s Day,” as Bartow wryly observes. The one-two punch of a serious illness and a failed marriage would have demolished most people, but Bartow, then 34, filtered out the distractions and focused on her first priority: getting another transplant. What made it even tougher was that this time she’d need a liver and a kidney.

“People would tell me, `No way are you going to get two organs,’ so I looked at being sick like competing,” she explains. “If I had to be a patient, then I was going to be the hardest-working patient on the ward. I was afraid that if I started feeling sorry for myself, I wouldn’t win. And there was no way I was going to let that happen!”

In 1994, after five weeks in the hospital, Bartow got her dual transplant. So far, her body has shown no signs of rejecting the new organs. Today, she’s a high school track coach in Hawaii, where she teaches her team the importance of not shrinking from a challenge. “I hope that when these kids remember me, they’ll think about the value of taking small steps, how some days just finishing the workout is an achievement,” she says.

Self-reliance and tackling what was within her power led to Bartow’s triumph, says Christopher Peterson of the University of Michigan. When steering yourself out of a tailspin, it’s important to focus on achieving small goals. “You get a feeling of accomplishment whether you farm a thousand acres or tend to one window box.” says Peterson.

Fate has handed Bartow, who trained for the 1980 Olympics but didn’t make it onto the team, yet another blessing. This year, she will compete at the National Kidney Foundation’s 2000 U.S. Transplant Games.

“I like myself better than I did before my transplant,” she says. “It’s the way it has made me look at life. I now know that you can take on adversity and come out the other side. And you won’t just live through it but learn from it and be even happier.”