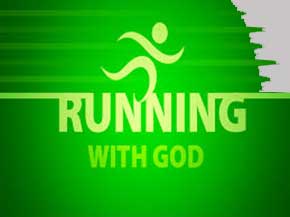 If you ask Reverend Donald Wright what you need to do to live a long, healthy, happy life, he’ll give you this advice:

* Take care of your body by running and eating a healthy diet.

* Nourish your mind by staying positive, joyful and relaxed.

That’s the formula that has worked for him for 35 years. Wright, chaplain of the police department in La Grange, Ky., knows it works, because whenever he slacks off in one of those areas, his energy wanes, his mood blackens, and his running suffers.

In fact, while many runners might benefit from soul-searching, Wright says many religious leaders could benefit just as much from more exercise. Burnout is high among pastors. And Wright is convinced that his running and healthy eating have helped him stay energetic.

“Running replenishes me,” he says. “When I run, I rarely think about problems. I think, ‘Wow, this is a beautiful day, and I feel good. It’s a respite. Running cleanses my mind and provides me with a fresher, more spiritual outlook.”–A.B.

Is Running a Religion?

Some people say running is their religion because they do their long runs on Sunday mornings instead of attending religious services. Preposterous, you say? We asked some of the experts quoted in this article, and they found it credible.

* A system of beliefs. Yes, runners have one. We believe in running. We believe there are particular ways to train to achieve results. We believe that running is good for us.

* A ritual We run ritualized workouts: Warming up, running fast or long, cooling down, stretching. We have a dress code: No ties, coats or loafers allowed. We have an eating plan: lots of pasta, lots of water. And we all have our own personal rituals that we follow before races or long runs.

* A code of ethics. Okay, this might be stretching it a bit, but most runners think it’s wrong to run a race without entering it. We encourage runners of all abilities. And we frown upon cheating, whether it involves cutting the course or taking a performance-enhancing drug.–A.B

Here are the stories of three elite runners who have found strength in their religious beliefs:

Khalid Khannouchi. While trying to win his second-straight Chicago Maralhon last fall, Khannouchi was in serious pain. His calf hurt so badly that he limped as he ran. Yet, somehow, he found the strength to keep going and finish a respectable second. “I was believing in God, believing I could finish, even though I was in so much pain,” says Khannouchi, a devout Muslim. “It should have been impossible, but I finished.”

Alberto Salazar. Running is Alberto Salazar’s quiet time. While exercising, the three-time New York City Marathon champion says his prayers and plans his day. He talks to God. “I look forward to my runs,” says Salazar, who coaches children and elite runners such as Mary Decker Slaney. “It is the only time of the day I can be by myself.”

Catherine Ndereba. Before every workout and every race, Catherine Ndereba prays for her health and for an injury-free run. “It helps me get through the race,” says the Protestant world-class Kenyan runner who topped the 1998 RUNNER’S WORLD Road Race Rankings. “After my races, I thank God for what He has done for me.”