Wherever you are in the world, people have high regards to the U.S. and Europe in all aspects, whether in the economy, politics, and opportunities. People, and some news sites fondly call these places as the land of greener pasture and it is true in a lot of ways. However, the economy of these countries has greatly suffered over the years but they still manage to emerge as first world countries and superpower in the field of global politics. 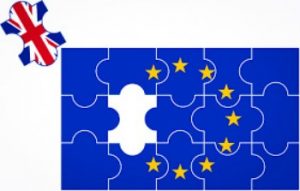 The U.S. often comes to mind when we think of a superpower and America has shown the world it really is throughout the years. Europe came in second but still a superpower in its own right, according to some political groups. However, the world is not blind to the fast growth of the Chinese economy with India not to be left behind. You’d be surprised at how much other countries rely on China on a lot of things. If you want, check the labels of whatever item you can find at home or in stores and they’re likely made in China. But with the Brexit and all, Europe suffered a big blow and caused the markets to be volatile for quite some time and it seems the EU has not yet recovered after all.

Many view Europe as a spent force in global politics. Conventional wisdom states that world politics today is unipolar, with the United States as the sole superpower. Or perhaps it is multipolar, with China, India, and the rest rising to challenge Western powers. Either way, Europe’s role is secondary — and declining. The European Union, it is said, is too weak to avoid withering away in the face of Russian subversion, mass migration, right-wing revolt, British plans to leave, slow growth, and anemic defense spending.

Foreign Policy makes the case that Europe rivals or surpasses the United States and China in its ability to project a full spectrum of global military, economic, and soft power. Europe consistently deploys military troops within and beyond its immediate neighborhood. It manipulates economic power with a skill and success unmatched by any other country or region. And its ability to employ “soft power” to persuade other countries to change their behavior is unique.

If a superpower is a political entity that can consistently project military, economic, and soft power transcontinentally with a reasonable chance of success, Europe surely qualifies. Its power, moreover, is likely to remain entrenched for at least another generation.

For instance, the issue of Brexit really shook up the entire Europe and even the entire world. Who would’ve thought the U.K. would really separate from the EU, but then they have their reasons. But just how did really Brexit affected the European Union in particular?

Brexit is a problem not only for Britain but for the EU as well. The British economy is as big as that of the 20 smallest member states put together. So it is as if 20 of 28 countries were leaving the bloc at the same time.
Brexit destroys the European equilibrium, rendering otiose minority rights in the European Council: theLisbon treaty specifies that a blocking minority needs 35 per cent of the EU population. Together with the UK, the so-called “Deutschmark bloc” (Germany, the Netherlands, Austria and Finland) has a population of exactly 35 per cent. These are all countries in favour of free trade. At the same time, the countries surrounding the Mediterranean, which have traditionally been more reliant on protectionism and state intervention, have a population of 36 per cent, which is also a blocking minority. The Lisbon balance has been destroyed because the first block shrinks after Brexit to a population share of 25 per cent, while the Mediterranean countries extend theirs to 42 per cent. They may now seek to turn Europe into a trade fortress.

Indeed, it is a big problem for all of Europe. The leaving of the U.K. is a big loss to this global superpower and it seems that things are still quite shaky until now. But knowing how President Trump is, he found satisfaction in the misery of others.

Within weeks of his inauguration, President Donald Trump had already wrought a strategic revolution in U.S. foreign policy. Russia, formerly an antagonist, has been promoted to preferred partner. In its place, Team Trump has identified a new enemy. With this enemy there can be no coexistence, no cooperation. It must be humbled and divided, not merely defeated but utterly overthrown. This enemy is the European Union.

They say nothing is permanent in politics, no lasting enemies or allies. And as such, the U.S. allies have changed as well along with the changing of the administration. Who would’ve thought that the previous administration’s enemy, Russia, is now a friend of the United States?

Trump has more than once described nato as “obsolete.” During his campaign, he expressed uncertainty about whether, as president, he would honor America’s nato obligations to small countries threatened by Russia. He cheered Britain’s exit from the European Union. Trump and his chief strategist, Steve Bannon, have made common cause with populist nationalists working to end the European Union outright. Trump reportedly received Nigel Farage, the former leader of the UK Independence Party, at the White House; when he ran Breitbart.com, Bannon promoted the Dutch politician Geert Wilders and France’s Marine Le Pen. Hungary’s authoritarian prime minister, Viktor Orbán, claims to have been granted a call with President-elect Trump in November (two months before the president of France spoke to Trump).

Meanwhile, Trump has offered sharp personal comments on Chancellor Angela Merkel. One of his top advisers has called for Germany to flout the EU and negotiate bilaterally with the U.S. so as to reduce German trade surpluses. In a meeting with Merkel, Trump also called for direct negotiations, and suggested that Germany had outmaneuvered the U.S. On bad days, the U.S.–German relationship looks more strained than at any time since the end of the Cold War, including during the Iraq War. The Trump administration seems determined only to widen the breach.

It is true perhaps that nothing is permanent in this world except for death and taxes. Even a powerful supernation like Europe also suffers from considerable losses right now and it has significantly affected its image as a superpower in itself. Although they are still a powerful force to contend with, they are just but a shadow of its former self. Only time can tell how this great nation will recover from such a considerable loss and how they would be (especially their economy) able to bounce back and regain their rightful place in the world.