Religion played a big role in shaping the society we now know. From ancient times, there has always been the belief of the ultimate being that guides us all regardless of religion. These spiritual beliefs have helped us overcome dark times in history and strengthened our faith in religion. 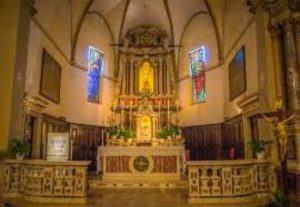 But as our technology advances, we spend more time tinkering with technological gadgets rather than enhancing our spirituality. Praying each day becomes more of a burden and an after-taught for many. The population is growing but only a few go to churches to hear and celebrate the Holy Mass. Why does mankind put faith behind and put more importance on material things? Are we really done with religion now? Does it no longer hold any relevance in our modern lives?

Many Americans say they’re “spiritual but not religious.” A Barna study defines who they are, what their beliefs are, and how they live out their spirituality daily.
There are two types of “irreligious spirituality,” says the report, the second of a two-part exploration of faith and spirituality outside the church.
Thera are those who consider themselves “spiritual” but say their religious faith is not very important in their life, and