Poverty is the main reason people leave their hometowns in search of greener pasture. They fight the loneliness and homesickness they feel to be thousands of miles away from loved ones as they toil to earn money to send back home. It’s the life story of many migrant workers right now. They may often post the glamorous life of living abroad but deep down, they actually feel sad and blue to not see their family and friends at the end of the day. 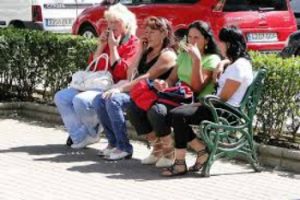 It is not always easy working in a foreign land. At times, you have to work double or even triple jobs just so you can earn more and be able to send more money to their families. Migrant workers often scrimp on themselves and deny themselves of certain luxuries for the same reason – to save more money. And it seems that their hard work is finally paying off as their remittance helps alleviate poverty in their own countries.

Migrants working in rich countries sent home almost half a trillion dollars in 2016, helping to lift families out of poverty by providing financial stability, access to education, housing and healthcare, according to a global report.

About 200 million migrants, half of whom are women, sent $445 billion to their families in Asia, Latin America and Africa in 2016, the International Fund for Agricultural Development (IFAD) said on Wednesday.

The total amount of remittances, which is estimated to reach $450 billion in 2017, has risen by more than 50 percent in the past decade, IFAD said.

“It is truly a global phenomenon in which people, due to lack of opportunities, have to leave their families behind to provide for them,” said Pedro De Vasconcelos, IFAD policy advisor and author of the report.

While workers should not be forced to find employment in far-off progressive countries, they usually don’t have any recourse since there is no opportunity for progress and a better life for their families if they don’t go out of their comfort zones. Their families can pay for their many expenses using the money migrant family members sent them, which in turn also help boost the local economy.

The report said families back home receive an average of $200 a month, which makes up 60 percent of the household income.

Using the steady flow of remittances, families can buy food, get housing, go to school, access healthcare, improve sanitation, or even invest in a business and have some savings, the report said.

De Vasconcelos said relying on remittances is a symptom of poverty in developing nations that pushes people to find economic opportunities abroad.

He said helping families use the money more productively could help reduce poverty, and in turn, prevent people from migrating in the first place.

“Remittances are a symptom, but (they) … can be used to have a long-term positive effect in the economies where these funds are going,” he said.

International migration seems like the best solution to uplift the lives of poor families especially in third world countries where opportunities to earn big is rare. It is even more challenging if you don’t hold a college diploma like most poor children does. In order to get out of this cycle of unending poverty, parents leave their families so they can send their kids to school and hopefully give them a better chance in life. At least, the money they are sending is put into good use and their efforts are not in vain.

Sometimes, it takes years before workers abroad get to go home, so that means years after years of loneliness. Fortunately, social media has bridged the distance and you can now get in touch with loved ones anytime of the day as long as there is a stable enough Internet connection you can use. Even if the main reason why these migrant workers leave home is for their families, their government has a lot to be thankful for because the money they send not only help their families but the economy too. In a way, migrant workers give back in ways you can’t even imagine.