Humans have lived on the planet for six million years but modern human have only been around for about 200,000 years. The technological advancements we now enjoy were only developed in the 1800s during the industrial revolution yet we have done so much in that short span of time. We can’t always say that these changes did us more good than bad. Although things generally became more convenient for us, it has badly hurt the environment in return. With more or less 7 billion people populating the world right now, you can just imagine the damage every single one inflicts on the planet whether in the form of pollution, trash, and the unending need for resources in order to live. 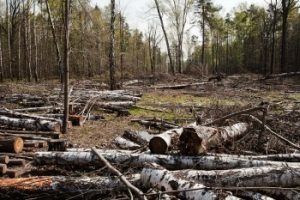 Cities are full of high rise buildings, industries and vehicles that are almost always bumper to bumper and often emit black smoke that poses various health risks to humans and an environmental hazard as well. We only have one planet to live in but many of the things we do end up hurting the environment even more yet we still continue doing them without regards to the destruction we inflict. We don’t have anyone to blame for the havocs caused by global warming and climate change because it our own doing that we end up suffering from them now.

“The growing population is the main cause of environment deterioration in Burundi“, says Samuel Ndayiragije, Director of Burundi Office for Environment Protection [OBPE], at the closure of the environment week on 14 June. He says Burundi has 11 million people who still occupy the same territory that three million people used to occupy back in the independence period, in 1961, with a big demand for natural resources. “The population eat, use water and must breathe. There is then a lot of pressure on the environment which consequently causes its deterioration”, says Ndayiragije.

Among the threats to the environment include crop production in areas reserved for pastures or forests in former times, bush fires that ravage forests, illicit animal hunt as well as illegal quarrying and stone extraction in rivers.

Ndayiragije says the environment degradation is remarkable both in the country and city. In addition, he says, soil erosion due to deforestation, improper terracing, and overgrazing pose also a serious threat to the environment.

We now experience climate change and all its negative impact to the planet. Climate change messes up weather systems that puts us in the direct path of stronger storms, flooding, earthquakes, and many more. No matter where you look at it, human activities have speed up the rate of climate change’s destruction but continue to do so until today.

Humans have destroyed a tenth of Earth’s remaining wilderness in the last 25 years and there may be none left within a century if trends continue, according to an authoritative new study.

Researchers found a vast area the size of two Alaskas – 3.3m square kilometres – had been tarnished by human activities between 1993 and today, which experts said was a “shockingly bad” and “profoundly large number”.

The Amazon accounted for nearly a third of the “catastrophic” loss, showing huge tracts of pristine rainforest are still being disrupted despite the Brazilian government slowing deforestation rates in recent years. A further 14% disappeared in central Africa, home to thousands of species including forest elephants and chimpanzees.

The loss of the world’s last untouched refuges would not just be disastrous for endangered species but for climate change efforts, the authors said, because some of the forests store enormous amounts of carbon.

Aside from the modern advances you can see all around you, the wilderness is also quickly disappearing. When we say the wilderness, it is a piece of nature that is almost free of any human presence. Well, aside from the handful of native tribes living in these frontiers for centuries, modern humans have not yet touched these places. But because of the burgeoning population and increasing need to tap into natural resources to meet human needs, acres upon acres of the wilderness fall prey to humans. All over the world, forests are receding, leaving the wildlife lost and without a home to call as their own. They lose access to food supply and have no choice but to invade modern cities and end up shot down by naïve humans fearing for their lives in the face of many of these natural predators.

Species get extinct and the damage is irreversible if not stopped before it is too late. There is still time to reverse the damage we have also caused in the first place. In our own little ways, we can reduce our impact to the environment. We can also pressure legislators to pass bills/laws that are in favor of Mother Nature to force as many people into changing their ways for the better. It is still our loss if we don’t unite and act on conserving the environment before something catastrophic happens that ultimately wipes us all.