For anyone who is sexually active or in their child-bearing years, the threat of getting HIV or AIDS is a scary thought. Back in the days, only a small fraction of the population gets infected but nowadays both heterosexual and homosexual relationships are at risk. Our modern lifestyle of casual hook-ups and one-night stands are contributing factors to this rising phenomenon. Even the use of illicit drugs like heroin is a culprit why people get it even though they practice safe sex. 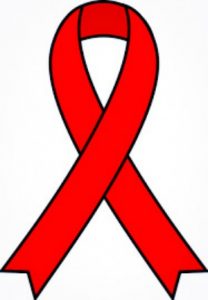 HIV is the acronym for Human Immunodeficiency Virus. When an individual’s immune system severely weakens and is characterized by a CD4 count that is below 200, a person is then diagnosed with AIDS or Acquired Immune Deficiency Syndrome. It is known as the last stage of an HIV infection or an advanced HIV infection. This viral infection is unlike common viral infections like the common cold which is self-limiting. HIV is a lifelong infection leaving an individual HIV positive for life. The virus attacks the body’s immune system and destroys WBCs or white blood cells, so the body is unable to protect itself from invading pathogens or illness.

The population of people who are living with HIV and AIDS is ageing fast. This reflects the ‘good news’ story of the effectiveness of anti-retroviral drugs that have meant that many people with HIV now have a near-normal life expectancy. However, part of this growth is also new infections in the older age group, accounting for 17 per cent of all new HIV diagnoses in 2015 in the US. The trend is seen most clearly in developed countries, where people have better access to high quality health care, but is also replicated around the world. Over 30 million people in Sub Saharan Africa are now living with HIV and 10 per cent of them are over 50. Around half of the people living with HIV in the US are over the age of 50 and that number is set to rise.

Short of someone finding a cure for HIV, we now have to face the issue of how we are going to provide them with the right care and support in the decades to come. This is both a challenge and an opportunity. We need to ensure that the health services are tailored to the different needs of people who are entering retirement and may have other issues to deal with including co-morbities that come with age, and social isolation.

While we often associate HIV infections with younger people who have higher libidos, multiple sexual partners, and rampant drug abuse, a big number of the older population also suffer from the condition and live with it until their death. They also have to deal with the stigma of being diagnosed with such an infection.

Shortly after the 2017 presidential inauguration, the web page for the Office of National AIDS Policy was removed, and terms such as “LGBT,” “Lesbian,” “Gay,” “Bisexual” and “Transgender” were stripped from the new White House website. A few weeks later, the Trump administration lifted federal guidelines that said transgender students should be allowed to use public school bathrooms and locker rooms matching their chosen gender identity. There is still no mention of HIV and AIDS in President Trump’s health care policy. Now the Republican-led U.S. House of Representatives is attempting to fast-track its Obamacare replacement plan. And we have every reason to be frightened and angered by the proposed plan and its potential outcomes.

According to the Department of Health and Human Services, before the Affordable Care Act was passed, 24 percent of people with HIV had no health insurance coverage at all. There are 1.2 million people in the U.S. already living with HIV. Health insurance is vital to keeping viral suppression rates up and infection rates down. The ACA provided critical subsidies for private insurance and expanded Medicaid in 31 states and the District of Columbia, which increased access to medical treatment. It also guaranteed coverage for people with preexisting conditions such as HIV and covered HIV testing. Finally, by funding prevention efforts of HIV and AIDS service organizations, the ACA was playing a big role in keeping the virus from being transmitted to our most vulnerable communities — transgender women of color, and young men of color who have sex with men.

The Trump administration should look into all possible repercussions of the Obamacare repeal so they can also prepare for a new health care policy that addresses these issues and ensure a smooth transition. If not, not only will more people get sick but mortality rates on deadly and communicable conditions like HIV and AIDS will likely go up and have a negative impact on society.

Make no mistake — gutting the Affordable Care Act will have widespread impacts that stretch beyond HIV and AIDS. The repeal and replacement would cause 24 million people to lose health insurance within a decade, according to the nonpartisan Congressional Budget Office. And a report from the Children’s Defense Fund found that more than two million children in New York alone are now at risk of losing coverage or benefits once ACA is repealed.

We must think back to the 1980s, when HIV and AIDS were on the rise and we were losing our friends and loved ones at alarming rates. Over three decades later, and our nation is at a perilous crossroads. If we move forward with a health care plan that causes millions of Americans to lose insurance and doesn’t prioritize HIV and AIDS testing and funding, we could see one of the deadliest epidemics of all time resurface. I urge members of Congress not to make this mistake — do not pass the Trump administration’s replacement plan for the Affordable Care Act.

Many were disappointed and upset at the various budget cuts imposed by the Trump administration. He considered the education department, arts, and healthcare, for instance, to be irrelevant to nation-building and rebuilding the greatness that is America, thus cutting back on budget and putting their programs on the sidelines. While many of us think of these things as a major inconvenience and utter insensitivity on the part of Donald Trump, it can actually have more serious complications especially on the field of healthcare.

President Trump still pursues the repeal of Obamacare. And if he does, the abolishment of the Affordable Health Care Act can result to a rise in HIV cases in the country that was put at bay by Obamacare as they offered health insurance coverage to roughly 24% of HIV-infected Americans. By ensuring these patients have access to health care and medicines that not only offer palliative relief in suppressing symptoms but likewise reduce the infection rate of this virus. Without a national health care policy that addresses this issue, we may once again witness a rise in patients diagnosed with HIV or AIDS especially that most younger people don’t have second thoughts in having casual sex with a total stranger or indulge in unspeakable sex acts that are far from safe.

Aside from that, these patients will once again be subject to the phobia and stigma associated with the condition and will probably be worsened by cyberbullying on social media and other social channels. We not only want to prevent deadly conditions from spreading but more so we want to promote the health of every American regardless of their status in life.