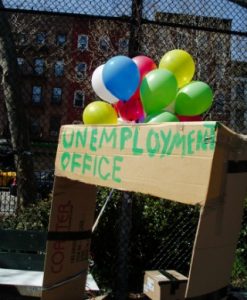 Several nonprofits that receive the funds now worry the grants will be eliminated under President Donald Trump’s proposed budget, which calls for significant spending increases for the military and immigration enforcement, and deep cuts elsewhere — including the block grants, which provide $3 billion annually to community programs across the country.

White House Budget Director Mick Mulvaney said recently that many of the programs that receive the funding aren’t effective, and that a better way to show compassion would be to save taxpayer money.

While many appreciate the efforts of the Trump administration to wipe out illegal immigrants in the country and strengthen our military force to better fight off terrorists, it is unfortunate that he has to give up the delivery of these basic services that are a big help to the poor and the marginalized Americans in realizing his vision of a building a greater and more powerful America.

In another ruling allowing pension cuts, an appeals court last week overturned a state labor board ruling that a voter-approved San Diego pension reform was invalid because the city declined to bargain the issue with labor unions.

The initiative approved by 66 percent of San Diego voters in 2012 gave all new city hires, except police, a 401(k)-style individual investment retirement plan instead of a pension and imposed a five-year freeze on pay used to calculate pensions.

The state Public Employment Relations Board, whose post-election decision was overturned by a unanimous ruling of a three-member appellate panel, took the unprecedented step of trying to get a court to remove the San Diego initiative from the ballot before the vote.

This is another major blow to the elderly population of San Diego who relies heavily on their pensions to get on with their day-to-day without totally relying on federal grants that are being cut down as well.

The new programs, some recently underway and others still in the works, include additional shelter beds, more subsidized apartments and launching efforts to prevent homelessness with counseling and other services for those at risk.

The leaders also discussed new approaches to managing the homeless, including a comprehensive evaluation of which programs are working, a hotline for available beds, a regional plan for addressing homelessness and a countywide computer system to track all people seeking services.

The challenges include San Diego’s high cost of housing, its low vacancy rate, a sharp decrease in single-room-occupancy hotels and the region’s relative lack of federal and local funding compared to other cities with homeless problems.

The same thing is also happening in other parts of the country, not just in San Diego alone. These government initiatives can be a major blow to many Americans who still have a hard time coping with unemployment and homelessness but now also face threats of more budget cuts about to hit them hard and affect their daily living. The government sees these initiatives as a means to achieve their goals of revitalizing the U.S. economy regardless if many people suffer along the way. Let us all wait and see what will happen in the next few years of the Trump leadership to find out whether these budget cuts did serve their purpose well.