Education is the key to the good life. It’s common knowledge that educated people have better chances in life. They can land better jobs than those without bachelor degrees and can definitely go up the corporate ladder. And since quality education opens doors to various opportunities, parents do their best to send their kids to good schools for their brighter future. 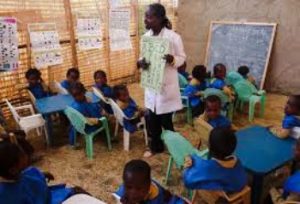 Our cognitive superiority as humans is what separates us from all the other species on earth. However, not everyone is given the chance to better themselves because you need to invest a lot of money before you can get that coveted college diploma that will be your ticket to living a stable and comfortable life. Not everyone gets the chance to study in struggling third-world countries. How can they pay for expensive tuition fees when they can barely afford basic life necessities like food, shelter, and clothing? Even the government can’t afford to subsidize the youth’s education, making it hard for the poor to uplift their lives.

The Global Education Monitoring Report notes that donor countries are placing a lower priority on education aid, creating an annual $39 billion financing gap between 2015 and 2030. As allocations for health and humanitarian relief increased globally due to the refugee and migration crisis in Europe, aid to education stood at $12 billion in 2015, 4% below the 2010 levels.

This shortfall is specifically affecting countries most in need—worsening the prospects for achieving global education goals. The situation is especially critical in sub-Saharan Africa, where the countries most in need are located, and which also has over half of the world’s out-of-school children.

Africa is a rich country in terms of natural resources but is one of the poorest places on earth. It’s quite an irony, right. When you hear the word, Africa, you often think of famine, poverty, and conflicts. Even the wilderness is fast disappearing because the Africans aren’t educated enough to protect their natural resources and they can’t count on a corrupt government to fight for their rights.

In the next two decades, Africa must become capable of negotiating a global economy increasingly driven by technological advances and new trading relationships. Much of Africa’s economic performance flows from resource-rich industries that are hardly models of sustainability. Rather than relying on its natural resources, Africa must accept that the most important factor in its future success – as it is for all economies, developed or not – is education.

Education is now the best predictor of wealth creation worldwide, and in the coming decades that pattern will only intensify, as economic productivity becomes increasingly focused on innovation, technology, specialisation, and creativity. Many types of jobs will also be automated in the coming years, and this will change Africa’s labour market – partly because many industrial jobs in Africa consist of tasks that could in theory be replicated by new technologies. Countries must think about creating or promoting sectors with jobs that are high in ‘soft-skills’ and creativity if they want to be competitive globally in the decades to come. Without investment in educational standards, Africa will be left behind.

That would be a tragedy for the continent’s greatest resource – its young people.

The only disadvantage of Africans is that they lack the resource to produce globally competitive citizens. The African youth are not oblivious of all the technological advancements that their foreign counterparts get to take for granted. With the right tools, they can change the image of their continent and gradually address the chronic issues that are crippling their society and lives.

Most African families can barely eat, so sending kids to school is quite impossible given their current situation. Aside from the basic necessities, it is the one thing they need the most. If only their resources are managed right and they don’t get looted by corrupt officials and other countries of the richness of their land, educating the African youth won’t be a problem at all. Only then can they truly change African life for the better.