The world has always been the home to a diverse set of people and our personal differences make life more colorful more often than not. Most of these differences do not matter because they are petty and can be easily ignored. Other times, they concern causes bigger than ourselves and also have a bigger impact on the world. Activism is born when that happens. And we often attribute this term to the world of politics where no friend or foe is constant and loyalties do not last long. 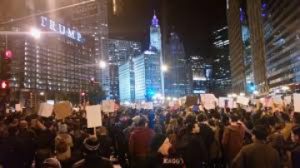 Activists are patriots who aren’t afraid to show to the world how much they care for their causes. And as such, you can see political activists holding protests and fighting off the military with their bare hands armed only with a courageous and selfless heart and their placards. Since there are major changes happening in the country (and in the world) these days, it is no longer surprising to see more and more activists go out into the streets and make their voices be heard. After all, who would’ve thought that a racist guy like Donald Trump would win the highest political seat in the land? Worse, he lived up to his name and issued various policies without regard to the public interest soon after assuming the presidency.

After the 2016 election, Diane Redmond felt compelled to get involved in activism, but she wasn’t sure how.

“I felt frustrated because I have a limited income and I didn’t think I could help financially,” said Redmond, a graphic designer who lives in St. Louis. “What I did have was time I could sacrifice and energy I could spare, despite working two jobs.”

She eventually helped organize the Women’s March on St. Louis in January and continues to encourage community advocacy through DefendHERS, a social justice organization in the city.

Redmond isn’t alone. In the Show-Me state and nationwide, the unexpected election of President Donald Trump has inspired a new wave of political activism that doesn’t seem to be letting up.

While most demonstrations have been held in opposition to Trump, his supporters in Missouri say they’ve also felt compelled to continue grass-roots organizing efforts, often led by people who don’t have a history of being active in politics.

The controversial commander-in-chief has political newcomers turning out in droves, and experts say they haven’t seen anything like it.

“Trump is just not a person you have moderate feelings about,” said Ken Warren, a professor of political science at St. Louis University. “People are extremely for him or against him.”

And this is especially true if you stay tuned to the news. Since he expressed his intent to be the Republican bet for the 2016 Presidential election, people were already furious while many rejoiced that a completely Pro-American like him intends to run for public office. And his bid was as controversial as his personal life which is nothing short of controversies after controversies.

In December, Teen Vogue writer Lauren Duca wrote a scathing opinion column about Donald Trump, “Donald Trump Is Gaslighting America” that went viral. Millennial-aimed sites Bustle and Mic are using new funding in part to build their politics coverage. The New Yorker is looking for writers who can flow between the worlds of politics and culture.

Politics and pop culture have long been intertwined, but it’s true more than ever in the era of Trump. As such, publications of all editorial stripes are capitalizing on audiences’ interest, deploying more staffers to capitalize on readers’ interest in the Trump election and its aftermath. Data from Chartbeat, which measures article production and consumption across online publishers, found that across a sample of thousands of publishers, there was a rise in both political coverage and readership (see chart below).

“Politics is dominating the conversation in a way we haven’t seen for a long time,” Bustle editor Kate Ward said. “Pretty much everyone wants to talk about it on a daily basis.”

The increased coverage has been good for audience growth, particularly at women’s sites, with traditionally women’s issues dominating the news. Traffic to Cosmopolitan’s politics vertical tripled from March to November, a period when traffic to the site overall was flat. “We have absolutely seen an unprecedented interest in political stories from our readers in the past six to 18 months,” said Kate Lewis, digital editorial director at parent Hearst, which has enlisted political columnists at Cosmo and Elle to augment Esquire’s longstanding coverage.

Even on social networking sites, you can see people (even families and close friends to total strangers) getting into a heated discussion (fight) about their political views. Ordinary citizens have been turned into political activists all of a sudden and have a say on the country’s political climate.

“I don’t think voting is the end, but rather the beginning, of political participation. Voting is a ‘gateway drug’ to political engagement. Now, more than ever, is a time to engage, not just with voting, but by contacting representatives, joining political organizations, contributing, volunteering, demonstrating and maybe even running for office.”

We can expect to hear from more activists over the years as Trump’s presidency just barely took off. As the people who voted for him wait in anticipation for him to keep his promise of making America great again, many watches in nervous anticipation as to what his next antics will be (more travel bans, perhaps?) and how it will affect their lives. While not all protesters go out into the streets to make a scene, some protests in a variety of ways, the most popular of all is speaking (ranting) about their stand on social media.

Everyone has a right to free speech and that is one of the most overly used right nowadays. Whether it will serve its purpose or not is yet to be seen. For now, let us all wait on the sidelines and wait for President Trump’s next move and ponder whether there is yet another reason to protest after all.