Mankind suffers from various addictions. The most famous of all are illegal drugs, cigarettes, alcohol, and gambling. These vices have transformed people’s lives and not always for the better. Many even died from a drug overdose because of the need to feel the ultimate high elicited by certain drugs like heroin is simply irresistible and drug addicts will move heaven and earth just to be able to get their next fix. 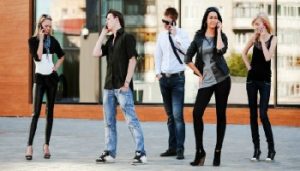 Today, a new kind of addiction is affecting almost everyone in the planet – mobile phones. Almost everyone is glued to their phones. Whether at home, at school, at work, or at play, everyone got their grip on their cell phones especially when they can connect to WiFi or have data to splurge. Many people would even prefer to spend hours tinkering with their smart device rather than strike up a conversation with the person beside them or just simply move around the house for the sake of your health.

Have you ever noticed that no one looks up while crossing the street anymore? Most people are too busy responding to text messages or scrolling through social media to pay attention to their surroundings.