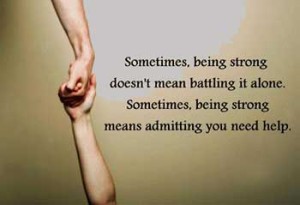 Think some of us are just born tougher? Not so. No matter how hard the blow, you can learn to rebound. These people faced down misfortune–and came out stronger

When Suzy Kellett’s quadruplets were born, she braced herself for a major life change. But the new mother barely had time to bond with her babies before her husband, overwhelmed, walked out. Kellett, 31 years old and with few job skills, had little choice but to leave her home in Sun Valley, ID, and move back to the Midwest to live with her parents.

Twenty-four years later, the memory of that arduous August day is still a vivid one. At the airport in Idaho, Kellett felt numb. Because she couldn’t hold all four babies on her lap, she had to pass out three of them to people sitting around her. After landing in Chicago, she collected her brood at the gate, only to have one of her sons mark the occasion by projectile vomiting on a fellow passenger.

“That’s when I lost it,” Kellett says, still wincing at the image. “My uncle just looked at me and said, `Better you than me, kid.’ And that summed up my life: Better you …